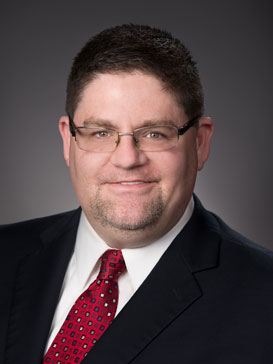 A graduate of Wynford High School, Otterbein College, and the Moritz College of Law at the Ohio State University, Matthew Crall was sworn in as Crawford County Prosecuting Attorney on January 7, 2013. Prior to becoming County Prosecutor, he served the City of Bucyrus as Law Director from 2008 until 2013 and City Prosecutor from 2003-2013. In private practice, Prosecutor Crall worked at as an associate at The Neff Law Firm, Ltd. from 2003 to 2007 and Leuthold & Leuthold from 2002 until 2003.


As our County Prosecutor, Crall believes it is important as an elected official to be a part of the Community. In 2013-2014, he served as President of the Bucyrus Kiwanis Club. Matt has been chosen by his legal peers to serve as Secretary/Treasurer of the Crawford County Bar Association from 2012-2013, Vice-President from 2014-2015, and President for 2016-2017. Prosecutor Crall serves on the 20/20 Drug Abuse/Public Safety Action Team (serving as Chair starting in 2015) and the Opiate Task Force. Matt is licensed to practice by State of Ohio, the Northern District of Ohio (Federal Court) and the United States Supreme Court.


Away from the office Matt serves as Vice-President of his church, St. Paul’s Lutheran in Bucyrus where his wife Christi is the Youth Director. He also enjoys singing as a participant in the local singing group United in Harmony as well as the Galion Community Chorus annual presentation of the Messiah.


Matt’s wife, Christi is a License Massage Therapist and owns her own business. Matt and Christi have one son, Jamison.


In addition to overseeing all operation of the County Prosecutor’s Office, Prosecutor Crall prosecutes felony cases, advises elected county and townships officials and provides legal counsel to all County boards. In addition to being a member of the Ohio Bar, Matt is admitted to practice before the Federal Bar (Northern District of Ohio) and the United States Supreme Court. Matt is a member of the Ohio Prosecuting Attorney Association and the National District Attorney Association.